By oceanadmin
Posted August 22, 2016
In Uncategorized
1 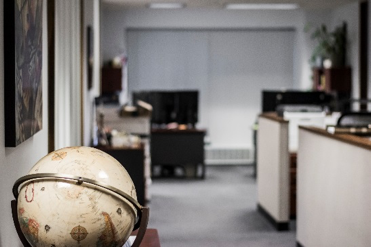 It was May, 1986—the Chicago Bears had just won Super Bowl XX, Reagan was president, and the Oprah Winfrey Show was set to launch on ABC—when our founder, Donald Gaddis, moved his then staff of six to our space at 150 S. Wacker.

The group left behind an array of metal desks and manual typewriters after four years in the old Insurance Exchange Building, arriving at their new site on Wacker Drive with a few updated office supplies and a dose of determination amid the “hard” market of the mid ‘80s. As liability issues forced sledding hills and playgrounds to close, and companies struggled to find coverage at any price, Donald Gaddis Company found its footing—and thrived—in the excess and surplus lines industry. Early success propelled our young company through the “soft” markets that followed, and we built from scratch a tradition of service and integrity that we work to uphold today. 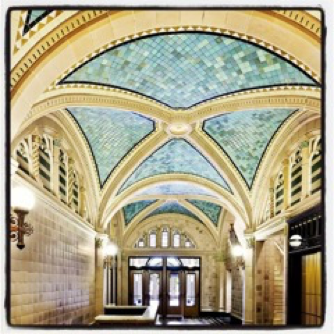 Interior view from the Monroe Building

Thirty years later, with a staff of 27 and an expanding book of business, we’ve outgrown our home on Wacker Drive.

“It was time for a change,” said CEO Chris Gaddis. The new Chicago headquarters can be found on the 10th floor of the Monroe Building, just across the street from Millennium Park.

Feel free to drop by and visit! Our new address is:

Stay tuned! Donald Gaddis Company has been selected as a 5 Star MGA, from a poll of thousands of agents. Check out the upcoming May edition of Insurance Business America and read about our success.